Cinerama’s ‘Chilling Together’ (produced by Contact Media Co., Ltd.) has revealed the script reading scene of actors such as former girlfriend Kim So-jung and group icon Jung Chan-woo. CINE-RAMA, co-planned by CGV and Contact Media, is a compound word of ‘Cinema’ and ‘Drama’.

It is a new type of content that produces two versions of a single content, a movie and a drama, shows the movie version in theaters, and then releases the drama version on domestic and overseas OTT and YouTube channels.

‘Chilling Living Together’ is a horror romantic comedy cinedrama about Se-ri Jeong (Kim So-jeong), who can see ghosts, and Ji-chan Song (Chan-woo Jeong), who accidentally turns into a ghost, accidentally start living together.

‘Song Ji-chan’, played by Jeong Chan-woo, is a second-generation chaebol, a selfish character that only he knows about, but in fact, he is a more righteous character than anyone else. He becomes a ghost due to an accident and meets Jeong Se-ri, who gradually develops a warm heart. In this day’s reading, Chanwoo Jeong perfectly portrayed his character with stable lines and rich emotional acting.

Kim So-jeong also has the ability to see ghosts, so she is living a difficult life, but she is living brightly and charmingly as ‘Jeong Se-ri’ with a warm heart. It is said that Kim So-jeong showed her immersion in her script and role by adding her vivid expressions and actions, even though it was her first reading scene as an actress.

In addition, the sweet chemistry of the licorice actors, who are scheduled to perform in various ways, also made the heat of the scene even hotter.

The director of ‘Chilling Living Together’ said, “From the time of individual reading, the actors’ passionate performances and breathing were not unusual.”

He also added, “As the production crew and actors are working hard to show interesting content, we ask for your interest in ‘Chilling Together’ in Cinerama.”

Cinerama ‘Chilling Together’ will be released in theaters in the first half of 2022 as a theatrical version, and will be released as a drama version on various OTT platforms and YouTube channels. 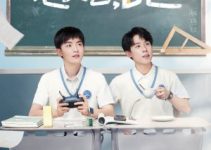 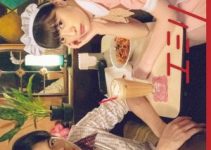 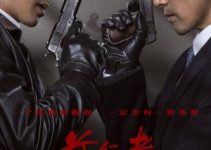