Jiang Zuo is romantic, and the young man relieves his worries. Shura came out of hell overnight, was born a ghost, died without a soul. Love robbery difficulty, thousands of years of national mourning.
Nine years ago, the Eastern and Northern Dynasties went to war. In the Eastern Dynasty, Xi’s Xi Qiaozhi was the commander, and in the Northern Dynasty, the great Sima Dugu Xuandu was the commander. In the two dynasties, millions of troops crossed the bank of the Nujiang River. Due to alien interference and private fights between powerful and powerful people, they were once again betrayed by Xiaoxiao. The stars of the two dynasties fell at the same time, and the Xi clan and the Dugu clan were implicated in their annihilation.
Nine years later, Xiao Zhen, the emperor of the Eastern Dynasty, was suddenly in a coma. The Empress Dowager Shen invited Yun Jing, the young master of the Yun family, to come to diagnose and treat the emperor. The “Cloud Pavilion” run by Yun’s has already spread all over the world. Yun Jing, as the young master of Yun’s family, has an extraordinary demeanor and is not only good at business, but also good at medicine.
Yao Shao was the daughter of the Xie clan of the Eastern Dynasty. Nine years ago, the Xi clan’s change implicated the Xie clan, and both Yao Shao’s parents died.
Yao Shao became attached to the Northern Dynasty teacher Shang, and finally learned that Shang Zhi was the solitary son of the Dugu clan who was destroyed by the Northern Dynasty nine years ago – Dugu Shang. What surprised her even more was that the current young master of the Yun clan was not Yun Jing himself, but Chi Yan, the solitary son of the Xi clan who had a similar face to Yun Jing.
Yao Shao has had a close relationship with Xi Yan since he was a child, and after learning of Xi Yan’s true identity, he accompanies him every step of the way. It’s just that Xi Yan was suffering from severe poisoning. In order not to drag Yao Shao down, Xi Yan decided to keep Yao Shao by Dugu Shang’s side, and returned to the Eastern Dynasty alone to take revenge.
The young sons of the two races survived, and when they returned after untold hardships, were they the brave and loyal advisors, or the cold-blooded and unfeeling Shura?
Their strategizing and every step of the way, just to avenge the snow, restore the lintel, or are they brewing a bigger golden horse and a world-shattering storm? 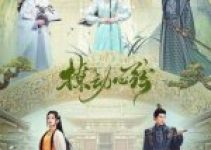 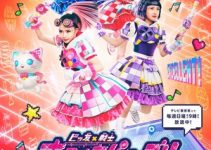