Summer 1983 . Seo In-woo, a passive Korean literature student, falls in love at first sight with In-tae-hee, whom he meets by chance running into an umbrella on a rainy day. On that day, In-woo wanders around looking for Tae-hee. She recklessly visits her department, the Department of Sculpture, to take her classes, or even intervene in MT . She said that Tae-hee recognized In-woo in Empty, and she didn’t pretend to know until now because she wanted their meeting to be special. The two waltz together on the beach .

In-woo is devoted to dating Tae-hee. When Tae-hee presents him with a lighter with his own face on it, he lies to him that he smokes a cigarette he can’t even smoke. One rainy day, after an argument and reconciliation, the two sleep in a shabby inn. After the semester ends and In-woo enlists in the military, Tae-hee offers to see off him at Yongsan Station . However, on the promised day, no matter how much In-woo waits, Tae-hee does not come.

Spring of 2000 after 17 years . In-woo becomes a high school Korean teacher after marrying another woman. In-woo develops a crush on her disciple, Im Hyun-bin, a male student, and Hyun-bin follows In-woo well. However, In-woo’s affection for Hyun-bin gradually turns into affection. In particular, In-woo begins to discover traces of Tae-hee in Hyun-bin little by little. Hyunbin drew her well, and she designated the waltz music she danced with Taehee as her cell phone ringtone, and she had Taehee’s mannerisms and habits. More than anything else, she accidentally got Taehee’s lighter and carried it with her.

While In -woo is concerned about whether he is gay or not, his obsession with Hyun-bin is getting worse. He looks at Hyun Bin sadly, makes physical contact with her, and treats Hyun Bin harshly with her girlfriend he is dating. Soon, rumors spread that the two are same-sex lovers. Hyun Bin struggles to defend In-woo, but she fights with her classmates. In-woo beats Hyun-bin on campus. After the incident, the relationship between the two cools. Finally, a bulletin is posted accusing In- woo , and the students refuse In-woo’s class. In-woo gets fired from his teaching position.

In-woo leaves the house and goes to Yongsan Station. At that time, Hyun Bin fiddles with her lighter, and Tae-hee’s memory comes back to life. On the way to see In-woo off, Tae-hee died in an unexpected car accident and was reincarnated as Hyun-bin, her man. Hyun-bin runs to the station and she reunites with In-woo. After reconfirming their love, the two jump off the cliff together, following Taehee’s dream of ‘ bungee jumping off a cliff in New Zealand ‘ 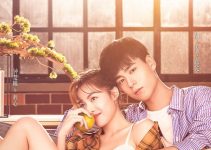 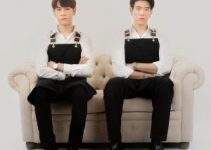