Rumor has it that Yun Qianyue ( played by Zhang Zhixi ) , the daughter of King Yun’s Mansion, is arrogant and domineering, and does not know a single big character.

Little do they know that the reason why Yun Qianyue left such a comment to the outside world is actually to follow Ye Tianliu for decades in disguise in order not to marry into the royal family.

As early as ten years ago, Yun Qianyue fell in love with Rong Jing, the heir of Prince Rong’s mansion, but was constrained by the oppression of imperial power.
Rong Jing, the Prince Rong, who has the reputation of “the color of brocade, snow, flowers and jade, looks back and smiles in the world”, was seriously ill and did not leave the house for ten years due to being deeply aphrodisiac and suffering from cold poison.

Yun Qianyue, who loves him deeply, started the Phoenix Tribulation at the cost of losing her memory in order to give each other a chance.

The love between the daughter of Yun Wangfu and the prince of Rong Wangfu was a good marriage, but because of the Emperor Tiansheng’s interference, they could not easily stay together.

However, even though Yun Qianyue lost her memory, she never lost her heart. In the cold pool of ten thousand years, there seemed to be some kind of faith that was supporting her to get out of the predicament. 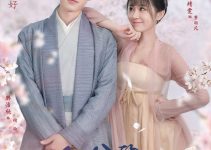 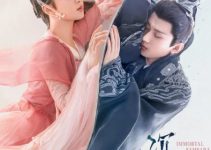