In 1937, Tong Jiaru, a native of Rehe, left his hometown to teach Chinese at Wei Zhongcheng Middle School in Shanghai. He was a book businessman, but because of his cowardly nature, he did not dare to face the reality. The student Ouyang Gongjin served for the country, established the Jagged Hero Group, and plunged into the rolling torrent of hoeing. But he urgently needs an assistant, and Tong Jiaru bites the bullet to help. With the full help of fellow villager Guan Dadao and his wife Zhang Qinghong, Gong Jin quickly grew into an outstanding agent of the national army. Unexpectedly, the adopted daughter Nan Nan became disabled, and his wife Qinghong was brutally killed. Tong Jiaru, who wanted to flee south again, was forced to stay. Witnessing the aggressor mutilating his compatriots, he swallowed his anger only to save his life. Agent Gong Jin accepts the order of his boss Yang Xiao and returns to Shanghai. A large number of Japanese aggressors and traitors were eradicated and justice was done. But in an operation, he was betrayed by a traitor and died. Tong Jiaru burst into tears and vowed to take revenge for Gong Jin and continue to shoulder the mission to complete the task. Dongcun, suffering from no evidence, tried to force Tong Jiaru to confess his guilt with cruel torture tools. The communists organized a parade of teachers and students to rescue Tong Jiaru. His wife, Gardenia, just gave birth to a son, Gongjin, but was framed by the East Village design. In half a year, the three murderers who participated in the killing of Gardenia were all killed by Tong Jiaru without revealing anything. A few years later, Tong Jiaru used himself as a bait to help comrades from the Kuomintang and the Communist Party jointly blow up the Japanese spy base. When the Japanese invaders surrendered, Dongcun was unwilling to fail and kidnapped Xiaogongjin, forcing Tong Jiaru to fight with him. The comrades subdued the East Village and rescued Hope. Dongcun scolded Tong as a coward, and Tong Jiaru told him: “Chinese people have a brave heart when dealing with invaders.” 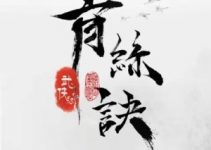 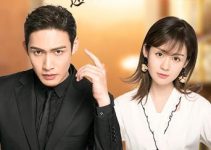 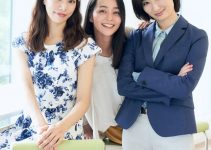