Since its debut in 2018, BOY STORY, a powerful men’s group under Beijing Xinsheng Entertainment, has achieved good results at home and abroad. Not long ago, BOY STORY held the “Winter Code” theme FAN MEETING in Suzhou, and spent two days of wonderful time with thousands of fans.

Looking back on 2021, BOY STORY has released 1 EP, 3 singles, 3 MVs, and 6 micro-movies, participated in 12 offline events, and has repeatedly appeared on Weibo hot topics with its super popularity.

They used their hard work and efforts to draw a successful end to the past year.

In 2021, BOY STORY released the Mother’s Day single “Listen to Me”, the special single “Cookin’Fo Ya”, “MONSTER” in the EP “I=U=WE: You”, “Be Urself”. )” and the cover song “Calories” in total. From the planning concept to the launch of the finished product, each song is the interpretation and understanding of the musical work by the six members from different perspectives.

It is worth mentioning that the songs in the EP “I=U=WE: You” are the sincere works of the members who participated in the original production.

As the second part of the “I=U=WE” trilogy series, EP “I=U=WE: You”, once released, airborne QQ Music Peak Best-Selling Daily TOP1, and continued this record, and won the Weekly number one on the digital album bestseller list.

Among them, the two hiphop songs convey a belief from different levels, that “you” must affirm yourself, strengthen yourself, don’t care about other people’s eyes, and be a strong self. 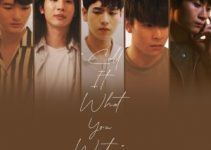 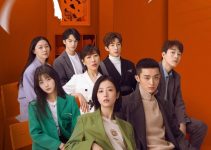