Good-looking guy with outstanding physical ability! Pure and straight! However, the worst “bad” killer, Taishi Nakagawa, who always fails when it matters, is the mysterious “assassination target” woman, Mizuki Narumiya. Instead of killing Miya / Mitsuki / Yuko Araki), I fall in love !? A thrilling love comedy that mixes murder and love “My murderous love fell in love” (every Sunday from 22:30 on Yomiuri TV and Nippon TV) broadcast). Although it is based on the suspense of revenge of the murdered parent, Joichiro Otora (Naohito Fujiki), comical and love elements are scattered everywhere, and it is unpredictable. However, this work is a hot topic when it comes to Kyun.

Every time, he approaches Mizuki carefully, but at the moment he tries to kill him, a cleaner appears and loses the timing, and Yaotome Ryusei / Nobuyuki Suzuki, also known as “Death Prince” who also aims at Mizuki. On the contrary, she protects Mizuki from various traps set by her (and many times!), And even works as her body guard. !! On SNS, there are voices such as “Nakagawa-kun’s third feeling is interesting!” And “The balance between comical and serious is out of seconds”, and Nakagawa expresses a pure and friendly Hiiragi who can not easily kill the target. The voice of praise has risen for the performance of.

In the special content Hulu Original Story Episode 4.5, which depicts the past and secrets of the characters, which was not drawn on the ground wave, Joichiro of the past day reveals Hiiragi’s unrequited love itinerary! ??
Hulu’s original story “Before I fell in love with my murderous intention” depicts the past of characters such as Hiiragi, Mizuki, and Meteor, which were not drawn on the ground wave, and you can feel the charm of each character more deeply. By watching while going back and forth between the main story of terrestrial broadcasting and the distribution, you can enjoy the world view of the drama even more.

In episode 4.5, the subsequent exchanges between Hiiragi and Mizuno, which continue from the last shock revealed in the fourth episode of terrestrial broadcasting, are depicted, and Hiiragi, Joichiro, and Shiori Wataya (Hiiragi and Shiori Wataya), who are excited by the love story of Hiiragi. A heartwarming episode of Wataya Shiori / Miki Mizuno). Also pay attention to the breathtaking interaction between Joichiro and Shiori who make fun of Hiiragi, and Hiiragi who becomes a completely tampered character. 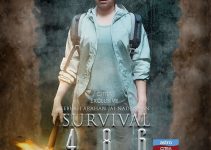 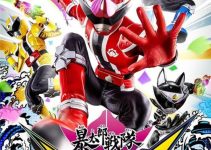 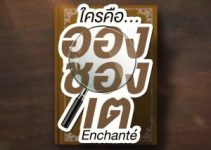