Home
Drama
Back From the Brink (2022)
Tweet Pin It

“Heart Protection” is jointly produced by Youku, Curiosity Pictures, and Zhongguang Tianze, directed by He Shupei , starring Hou Minghao and Zhou Ye, starring Wang Yilun , Chen Xinyu , Zuo Ye , Guan Zhibin , Liu Yaoyuan , Yang Rong , Zhang Zhiyao , Ji Chen and Sa Dingding starred in the costume sadomasochistic drama.
The play is adapted from the novel of the same name by Jiu Lu Feixiang . It tells the story of a mysterious girl, Yan Hui, who was expelled from her school because she was too rebellious. The “evil dragon” in Tian Yaokeng was kidnapped and had to help the “evil dragon” find the body seal and finally fight against the ultimate big devil.

Twenty years ago, Tian Yao ( played by Hou Minghao ) was cramped and boned by his beloved, Su Ying, the master of the Guanghan Sect, and was sealed in all directions with the power of the five elements. By chance, Tian Yao’s soul escaped the seal ten years ago. He felt that his keel was sealed in the lake in a mountain village, so he attached the body of a dead boy and waited for an opportunity to retrieve the keel. The appearance of Yan Hui ( played by Zhou Ye) made Tian Yao see hope. Originally, she had dragon blood in her heart because she had his heart protector, which could help him break the seal. So Tian Yao began to use Yanhui to help him find the rest of his body. Yanhui intends to escape from Tianyao, but not only did the two fail to separate, but their relationship became more and more close. Tianyao was moved by Yanhui’s loyalty to save his life several times. Yanhui also found Tianyao in the events that were constantly involved. An inexhaustible relationship with oneself. The origin of his heart-guarding scales, the relationship between Master Ling Xiao and Su Ying, and confusing mysteries followed one after another 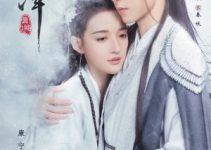 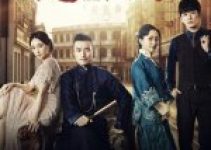 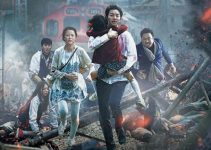