[Financial News] Writer Cheon Seong-il of the Netflix original series ‘Now at Our School’ revealed that there were words that he did not use obsessively when writing the script.

Writer Cheon Seong-il said, “That was the word ‘children'” in the behind-the-scenes commentary video for ‘Now Our School’ released by Netflix.

First of all, he said, “I focused on the relationship when I was writing the script. It’s been 30 years since I graduated from high school, so I don’t know how students relate these days, so it was difficult.” Earlier, director Lee Jae-gyu also said in a video interview with the media, “I tried to capture the tone and culture of teenagers these days.” “Fortunately, my daughter just graduated from high school, so I asked her to monitor the script, and I often do this to actors in their 10s and 20s. I asked if it was right,” he said.

Writer Cheon Seong-il said in the video, “When a great disaster strikes, or on the contrary, when you are the happiest, the most striking thing is the relationship. So (in the script) I focused on the relationship.” “I also thought about who likes whom, who is close with whom, and how that will change depending on the situation. (The problem is) I don’t know how students like each other these days. It has been 30 years since the director and I graduated from high school.” “When I was writing the script, the words I was most wary of were children. There is no word in the script. The moment I thought of students as children, I was afraid to write from an adult’s point of view, so I obsessively erased the word.” I also picked a scene where I decided to write a script while watching the original. It is a scene in which a classmate friend turned into a zombie due to malice. In the play, Na-yeon, the daughter of a wealthy family, consistently shows a selfish attitude after a disaster. In the end, she intentionally infects her poor classmate, Kyung-su, whom she usually ignores, and drives her to death. As Kyung-su begins to turn into a zombie, the scene unfolds as he looks at his frightened friends. Writer Cheon said, “In the original story, people were set to look at people from a zombie’s point of view. Nayeon’s evil deeds are known as the revelation of her class leader Nam Ra. Her Nam-ra reveals in front of her friends that her Na-yeon put her zombie blood on her handkerchief, and brought it to her Kyung-su’s wounds to infect it. 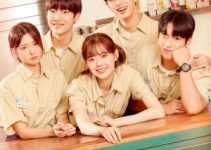 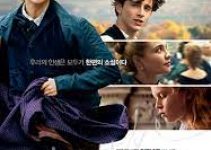 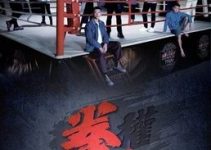