Twenty-two years ago, in the streets of Macau, Zhu Shajiao ( played by Xue Jiayan ) , the pillar of a nightclub, had a relationship with Zhu Zhanhui, a university student of Hong Kong, and became pregnant, but Xihui was going to New York to study journalism. Therefore, Jiao gave birth to a daughter, wishing you well ( Charmaine Sheh ) by herself . Jiao’s singing sister Wen Guifang can’t stand the blow of being abandoned by the policeman ‘s boyfriend , and pours her son Wen Chu ( played by Zhang Zhilin ) with corrosive liquid . In the end, Jiao adopted Chu and raised him as an adult.

After 22 years, Hao and Chu have grown up, and the relationship between Jiao, Hao and Chu Chu is also very deep. Jin Sheng ( played by Tang Wenlong ) is Chu’s good friend. Sheng and Chu became friends because he felt that “someone is more unfortunate than himself”. Whenever Chu and Chu were bullied, Sheng would defend them. One day, Jiao Zhong meets Hui and meets Hao, and Hui becomes a good idol. Hui’s love, Si Xi Lixin ( played by Ma Junwei ) , became good friends with Hao Ji Chu by a chance, and tried his best to cure Chu Chu’s illness. At the beginning, he met his biological mother Fang again and used his savings to repay Fang’s debts. At this time, Chu and Xin both found that they were in love with Hao, and Chu Chu quit this love triangle for good happiness. With the help of Xin Chu, she had to speak up and live with Jiao, and Jiao also pretended to have an affair with Quan Hai Hai for a better future, and asked Hui for the rice money for many years, so that Hao left her. 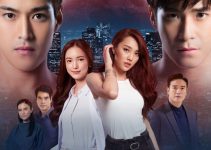