“A Female Disciple from the Imperial College” is directed by Xu Peishan , starring Zhao Lusi and Xu Kaicheng , starring Ren Hao , An Yongchang, Ao Ruipeng , Du Yu, Li Xingyao , etc. Zhang Yue specially starred in the campus sugar refining drama .
The play is adapted from the popular youth campus novel written by Hua Qianci. It tells the story of Sang Qi, the only daughter of Da Sima Sang Gong, who decides to enter the Guozijian in order to complete the gambling contract. It also became the story of the only female disciple in the history of the National Children’s Prison .
The play will be broadcast on Tencent Video and Youku on September 22, 2021

Sang Qi ( played by Zhao Lusi ) , the only daughter of Grand Sima Sangong, was dug a hole and made a bet, asking Yan Yunzhi (played by Xu Kaicheng), the first son of Dayan, to accept her purse , and promised to honor the lantern on the Shangyuan Festival. invite.

I thought it would be easy to complete, but there were many twists and turns.

Knowing that Yan Yunzhi was teaching at the Guozijian, she took the trouble to enter the Guozijian to get close to him, and in the process of entanglement between the two, love gradually developed. At the same time, the peaceful situation in the capital was destroyed by a mysterious organization.

In order to find out the mastermind behind it, Sang Qi and Yan Yunzhi jointly investigated, vowing to punish the traitors and eliminate the evil. After a fierce battle, the truth came out, and the two of them retired, returned to Guozijian, welcomed students from all over the world, and became a lifetime story 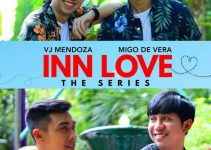 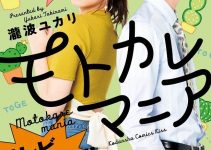 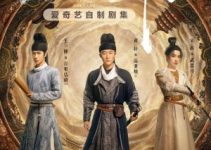