The UHD KBS Drama Special 2021 one-act drama ‘Ordinary Goods’ left an impression on the small screen with the stories of those who heal and overcome their pain.

In the one-act drama ‘Ordinary Goods’ (directed by Choi Yeon-soo/played by Kim Seong-joon) of the UHD KBS Drama Special 2021 broadcast on the 17th, the story of escaping from the rainy season of Kim Jae-hwa (Kwak Seon-young), an unusual woman who was diagnosed with panic disorder as well as being an icon of bad luck, was drawn. lost.

‘Ordinary Goods’ started with Kim Jae-hwa, who suffers from bad luck for unknown reasons, such as stepping on gum out of the blue while taking a walk, and there is no soup in the ramen bag he was boiling. When she was in danger of being struck by lightning in front of a crosswalk, she opened her umbrella and said, “You can’t end your life as a loser. Absolutely, never, ever!”, holding the attention of viewers, foretelling a new change.

However, contrary to her bold cry, bad news continued to come to her side regardless of home or office. To make matters worse, she lost her mind in the crowd and was diagnosed with panic disorder by psychiatrist Choi Byung-mo. Choi Byung-mo showed the opposite temperature difference with her with a dry aspect of mechanically nodding his head as if dulled by repetitive tasks while watching Kim Jae-hwa complaining of injustice.

After returning from medical treatment, Kim Jae-hwa, who was dealing with food waste, met for the first time with Ahn Hee-jeong, a middle school student who is the daughter of the apartment’s daughter-in-law. Jae-Hwa Kim grumbled at Ahn Hee-Jung’s behavior as she watched her with her arms folded, but a few days later, she found her being bullied by students. On that day, Kim Jae-hwa, who heard the words ‘unlucky’ from the call center customers he worked for, and the students he saw for the first time, eventually exploded and screamed, expressing his anger, causing the children who had touched Ahn Hee-jeong to run away.

Kim Jae-hwa, who spit out boiling emotions, recalled the thrilling moment during a consultation with Choi Byung-mo, saying, “It felt good.” So, to overcome her misfortune, she said that she would not take it any longer and chose to pay back the pain to those who had hurt her. Not only is she candidly angry with the delivery man for not complying with her request, but she also falsely introduces Ahn Hee-jung as her daughter and feeds her first love Ha Jung-woo (Oh Dong-min), who had an affair with her best friend, and continues her own exhilarating steps. went.

Kim Jae-hwa seemed to have a lighter heart, but Choi Byung-mo knew that her choice was not the answer and brought up the story of ‘parents’ for fundamental treatment. At this, she left her seat, but she went to the treatment room again as if her heart was moved by Ahn Hee-jung, a ‘adult’ who hides her pain for fear of worrying about her mother. Kim Jae-hwa confessed his experience of witnessing his father’s affair while in school, and Choi Byung-mo, who heard this, said, “If you don’t want to do it, you don’t want it, if it’s hard, it’s hard. Wouldn’t it be okay to do it once in a lifetime?” and caused a stir in everyone’s hearts with his sincere advice.

Kim Jae-hwa, who went home with a strong determination, refused to know his speed and refused to buy his father’s hearing aid, and eventually burst into anger. Eventually, she said to her mother, who had turned away from her father’s affair, “If I was really sorry, I should have asked once. You should have said you’re sorry to me once!” he poured out without hiding his feelings. However, understanding her mother’s heart, which must have been more difficult than anyone else, she faced the fact that the ‘real’ cause of her unhappiness was in herself, who withdrew herself.

After leaving the house, she headed to the convenience store crying, and met Ahn Hee-jung, who was covered in scars. Ahn Hee-jung told Kim Jae-hwa, “Ajumma, you look unlucky. And I think I’m a pretty decent adult.” The warm sincerity contrasted with the visuals of the two of them filled the small screen with emotion.

A few days later, Jae-Hwa Kim met Park Soo-Jin (Oh Hye-Won), an ex-boyfriend who was married to Ha Jung-Woo. When she showed a brazen attitude, far from being sorry, Kim Jae-hwa confided this to Choi Byung-mo and burst into anger. Choi Byung-mo showed a new change with anger as if it was his own business. In addition, Choi Byung-mo, who had truly sympathized with Kim Jae-hwa’s pain, understood her refusal to take medicine, and decided that she could proceed with treatment through counseling, so she recommended stopping the drug treatment. He continued, “From now on, I’m trying to be happy. Not for others, but for Kim Jae-hwa himself,” bringing tears to the viewers’ eyes.

Ahn Hee-jung also couldn’t stand it any longer and began to fight bullying, and joined forces with Kim Jae-hwa, who appeared just in time, to fight the instigators of school violence.

Kim Jae-hwa, who was full of scars, held the hand of Ahn Hee-jung, who encouraged courage, and finally succeeded in riding the elevator, which was the subject of ‘fear’, making him look forward to a future filled with happiness.

In this way, ‘ordinary goods’ gave a deep resonance with a loving gaze looking at someone of ‘ordinary’ who is struggling with the pain of a stranger and struggling to overcome it. In addition to the passionate performances of the actors who draw colorful emotional lines, they left a long lasting impression with the heartwarming stories of those who heal each other and support each other sincerely.

‘Habitual gambling’ Shu, apologizes for the first time in 4 years “Working at a side dish shop to pay off debt”
Hyesung Lee, reason for taking a leave of absence from Seoul National University “I didn’t want to show my fat side”
Prosecutors re-investigate the Yeongtak-Yecheon Brewery Makgeolli dispute… point of view
‘Godfather’ KCM, on the appeal of the latest game “Would you like just one more hour?” kindly
‘Ras’ Gabi “My name, get it from the name of the place… Good luck, rain to rule” 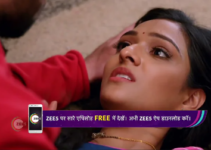